The planned route for Sunday’s walk was Coniston to Goat’s Water, Goat’s Hause, The Old Man, Swirl Hause, and back into Coniston.  Although seven people set off, only three completed the planned walk. The others stayed with the plan until the route branched off the Walna Scar Road. They then decided that the heavy drizzle, poor visibility and rising cold wind made an alternative route far more attractive. Accordingly, they branched off to the left and made their way back down to Torver, added a short loop to avoid walking on the road, and then meandered back to Coniston along the lakeside. The two groups met back at the cars at the same time and concluded that the hardline option had been very wet and lacking in views but good for fitness levels! The photos show the lower route – conditions higher up precluded photos. 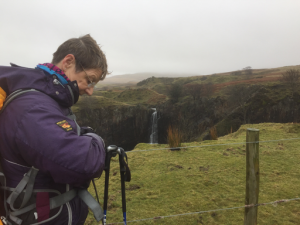 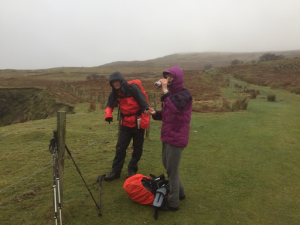 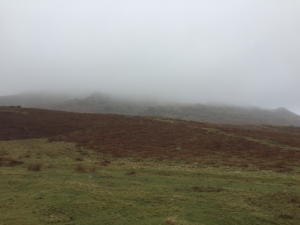 The other group are up there somewhere! 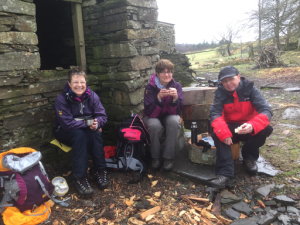 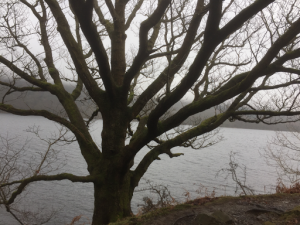