A small group of intrepid walkers braved the weather and set out from Ingleton. As the forecast was for the weather to improve, a suggestion of reversing the planned walk was agreed, leaving the ascent of Ingleborough until later in the day. Leaving Ingleton on Oddies Lane, the group branched off and made their way up Twistleton Scar End, following the path across to Ellerbeck. A brief stop for refuelling allowed the group to enjoy the shelter of the lane, and to admire the proliferation of snowdrop shoots, before they walked on down to Chapel Le Dale and on towards Ingleborough. 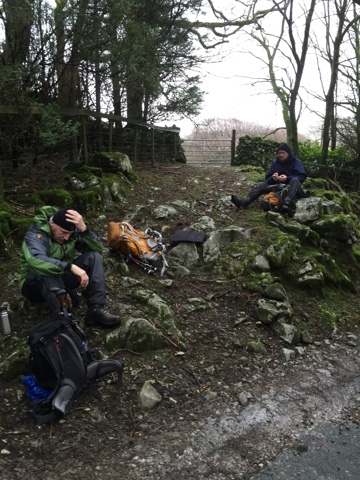 Miraculously, the heavy mist cleared and the top of Ingleborough became visible for the first time that day as the climb was starting. 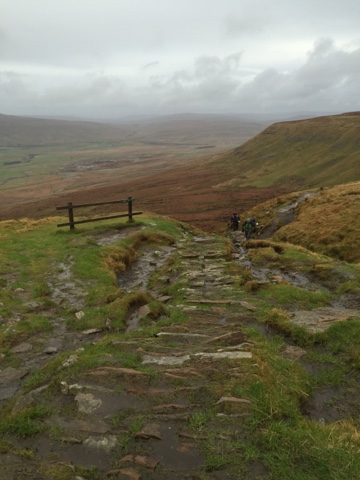 However, the wind had strengthened and once the group emerged onto the exposed top they struggled to keep their feet. The rest stop at the summit was brief, mainly to add layers, and then the group descended towards Ingleton. Fortunately the track soon became sheltered from the bitter wind and the sky brightened further, making for a very pleasant walk back towards the car.