A group of ten walkers met at Levens Bridge for the regular Thursday walk. The walk started in the Levens hall deer park. No deer were on show, but the pleasant spring sunshine meant early stops to strip off excess layers.

The route led towards Kendal, along the old canal, and featured a number of lovely bridges nestling in splendid isolation in the middle of the fields. 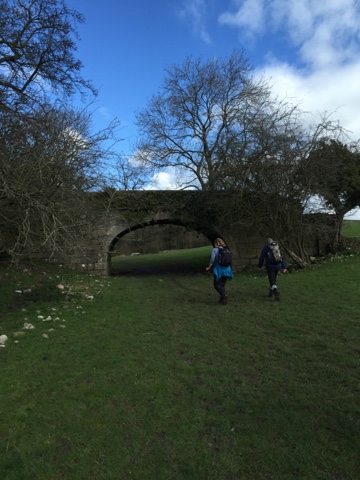 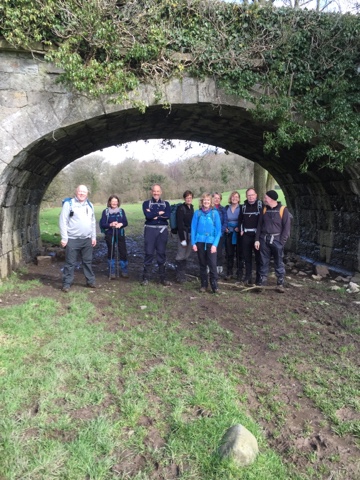 Upon reaching Kendal we were treated, by one time resident Frank, to an impromptu tour of the town. Our guide enthusiastically gave a running commentary on the highlights, including the magnificent Arts Centre which provided a convenient lunch stop, the Obelisk, the castle, a number of the old wool yards the K Shoe factory, where Frank used to work, and finally the flat where Frank used to live and the laundrette where he used to take his washing! 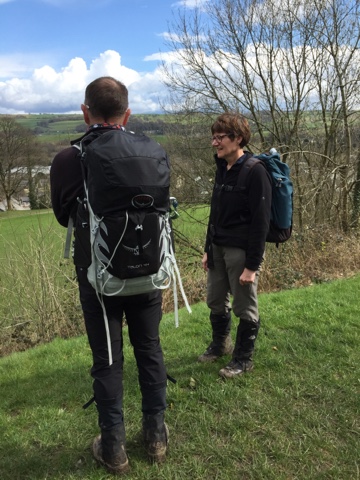 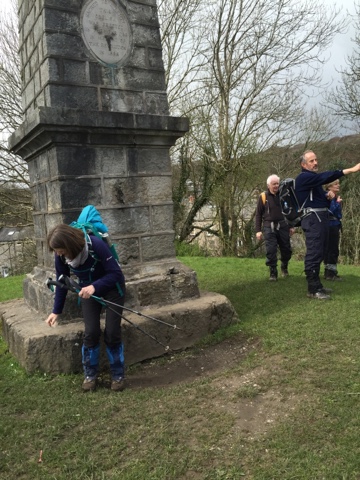 The fine weather didn’t last and the journey back down the path on the other side of the river Kent was punctuated by heavy showers. Several times detours had to be made to avoid bridges that were damaged by the winter floods.
The day provided an pleasant variation on the usual, more rugged walks and was enjoyed by all.