The weather outside is frightful, let it snow, let it snow, let it snow – as the song goes. Climbing in recent weeks has been confined to the indoor walls that grace our region and which help us to keep fit for those days (coming soon!) when we can climb outdoors again – although rumours are reaching my ears that the enterprising Andrew and Buxy climbed Jean Genie at Trowbarrow over the Christmas period in perishing conditions (wearing shorts I don’t doubt!). Impressive.
Liverpool Wall on 28th December was great fun and several first-timers commented favourably on the quality and variety of the route-setting. Warren had an encounter with the intimidating and unique back wall where the climbs are so overhanging that the clips on long quickdraws are actually out of sight and sometimes nearly out of reach (!) behind your back as you climb. 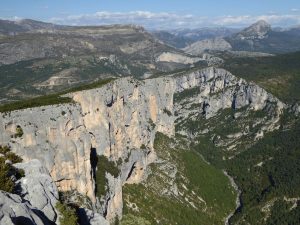 We resumed midweek climbing at Preston and had a very good turnout last Wednesday, 4th January with 10 climbers turning up and several more wanting to, but suffering from the dreadful Christmas virus that seems to have hit so many of us. Jenny S favoured us with her presence and wore out yours truly on route after overhanging route while Jen F posted a statement of intent for 2017 by getting stuck into some bouldering to regain fitness after a spell of illness and injury. 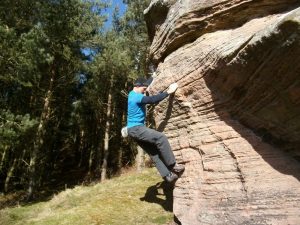 Sunday 8th January saw us, plus another two new prospective members: John S and Simon G, enjoying the technical challenges of Inglesport Wall in Ingleton. The wall had a change of ownership in 2016 and it is pleasing to find that the high quality of route-setting is being maintained. When climbs are shorter than the bigger walls like Stockport and Liverpool, they tend to be intense and Ingleton has lost none of its fierceness I am happy to report! 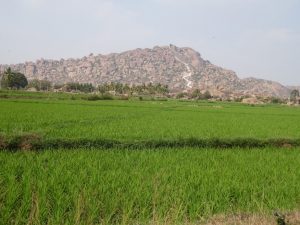 On Thursday 12th January CMC climbers are re-visiting Roefield wall in Clitheroe where there is a crop of brand new routes courtesy of Ronnie D’s son, Ian, who has been instructing there since Mike G left the post for adventures abroad in North America. Remarkable that a CMC connection of sorts has been maintained at Roefield!
The pics are purely for interest as the insides of climbing walls are dull, dull, dull! In order, they show the magnificent Verdon Gorge in the south of France, a rock-climbing mecca; bouldering on Northumberland sandstone; and lastly Hampi in India where there are probably more boulders than the whole of the North of England (shame about the cobras)!