Seven of us, plus one member who came up for the walk on Saturday, enjoyed a great day climbing Bowfell in full winter conditions, with sunshine in the morning and snow showers later in the day. 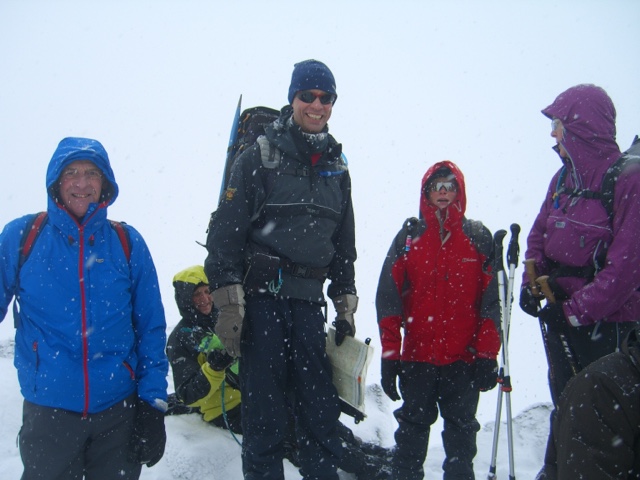 Summit of Bowfell
We took The Band up to the junction with the Climbers’ Traverse, then followed a worn, steep route up deep, soft snow to merge with the path from Three Tarns close to the summit. Here four members descended to Three Tarns to return via The Band and the rest of us continued to Ore Gap- Gail and Rick heading off to Esk Pike and Esk Hause, Bern and Godfrey descending to Angle Tarn through thigh-deep snowfields. A final romp down Rossett Gill and a trudge along Mickleden brought us all to welcome  refreshment in the ODG and the New Dungeon Ghyll hotels, prior to another legendary communal meal later in the evening. 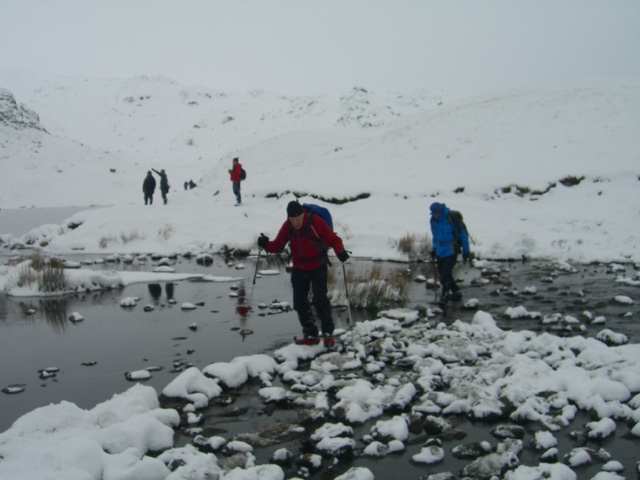 Sunday after a spectacular sunrise, the group headed down Langdale to take the snow-hidden Little Castle How track to Raw Pike and along the ridge to Stickle Tarn where two alternative routes were descended down to the New Dungeon Ghyll. After the weekend’s final challenge, driving off the Hut car park, we headed off home in high spirits! 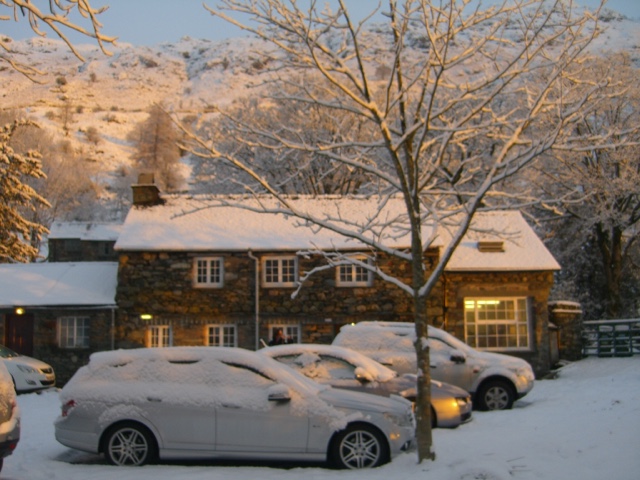