Ten members of the mountaineering club set off from Brackenclose in Wasdale for a New Year’s Eve jaunt. The route started with a walk half way down the lake road and then turned off to the right for an ascent of Middle Fell. The ground was wet underfoot following the recent heavy rainfall and some horizontal rain was a indicator of things to come. 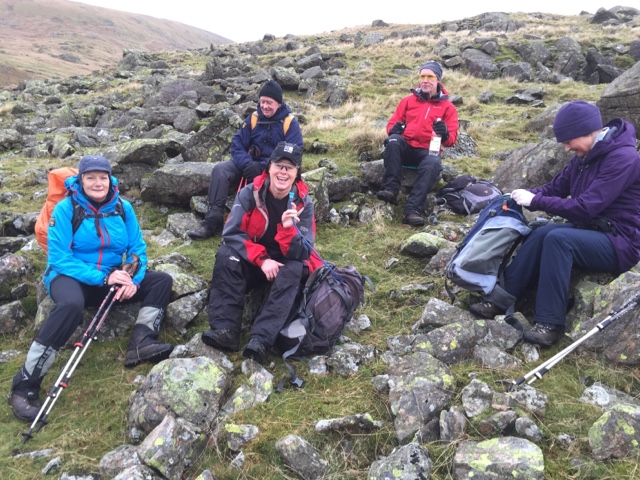 On the descent from Middle Fell, towards Haycock, the sun put in a fleeting appearance and tempted half the group to add an extra peak. They set off at a brisk pace to Seatallen, whilst the rest of the group took the lower route towards Haycock. Within minutes the weather had deteriorated and hail and snow replaced the brief glimpse of sunshine. 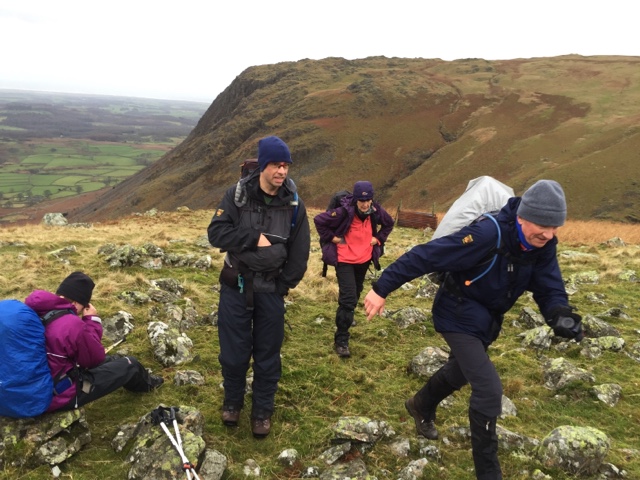 After a short, damp lunch stop, the low level group started a slow ascent of Haycock, whilst checking behind through the snow and gloom for the return of the splinter group from their ascent of Seatallen. They soon appeared and their verdict on the view bagging excursion was ‘blizzard and couldn’t see a thing!’
The splinter group grabbed their lunch ‘on the hoof’ as time was moving on and the weather was deteriorating. The ascent of Haycock was completed against a strong wind – to quote the MWIS as it ‘impeded the ease of walking on higher areas and resulted in significant buffeting’! At the summit the wind was intent on blowing the group away and backpack rain covers were quickly stowed away as they were threatening to act as spinnakers.
Retreating down to lower levels the group walked out along the valley alongside the rushing Nether Beck and eventually back along the road to some hard earned New Year celebrations. 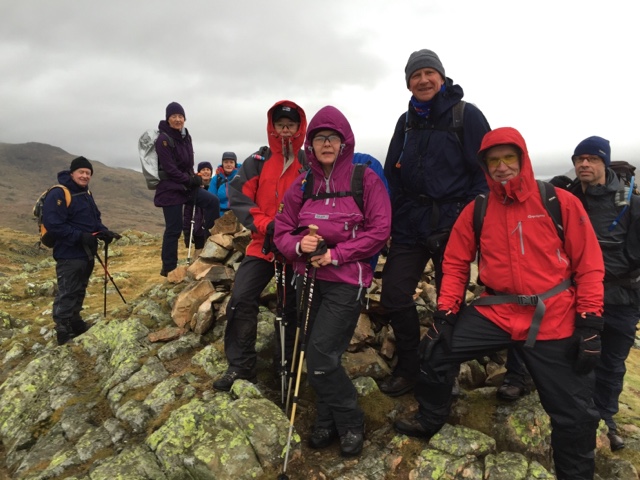