Skip to Main Content
10 club members met on the roadside close to Cockley Beck bridge and agreed that the risk assessment should have mention the horizontal snow squalls we encountered whilst passing over Wrynose enroute to the start of the walk. The snow stopped as suddenly as it had started and the group members set off in good spirits and soon found the  was quite dry underfoot.
The group proceeded up the Hardknott Pass road a little and then turned north and took the path along the west side of Moasdale. Elevenses were enjoyed watching the Scafell Pike ridge appear and disappear amongst the clouds. 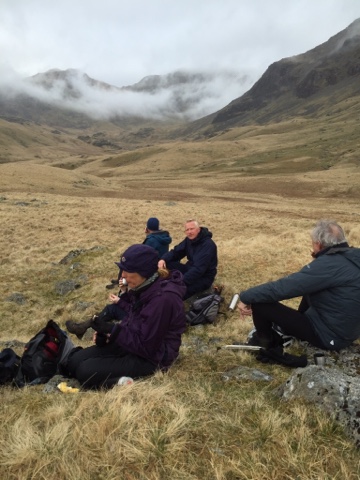 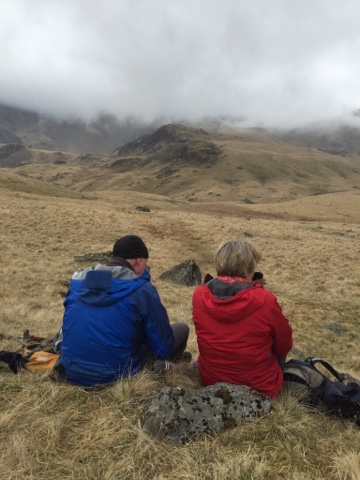 The improving visibility encouraged an all out attack on the pathless southerly tongue of Esk Pike. 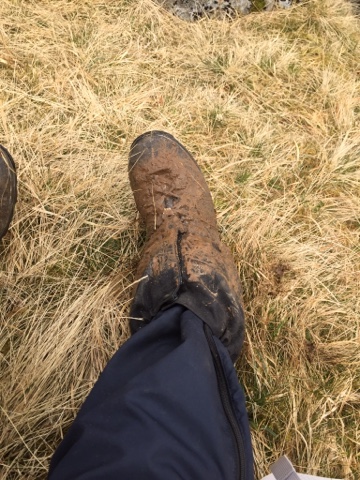 Oops! That bit was boggy! 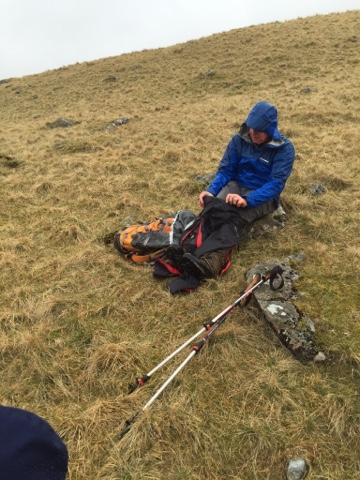 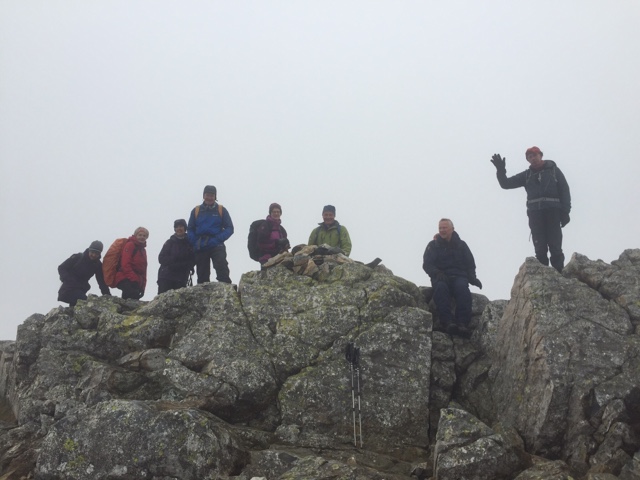 Lunch was taken sheltering from the biting wind near the top and very quickly we were en route for Bowfell. 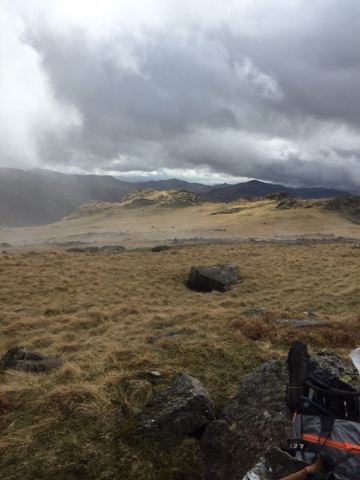 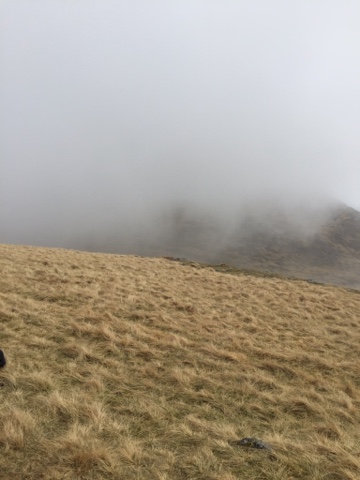 No other walkers were encountered until the top of Bowfell and by that time the visibility was further improved and the Isle of Man was visible.
We progressed over the Crinkles, another brew stop had members demonstrating specialist mountain equipment (note the banana holder and the hat umbrella!) 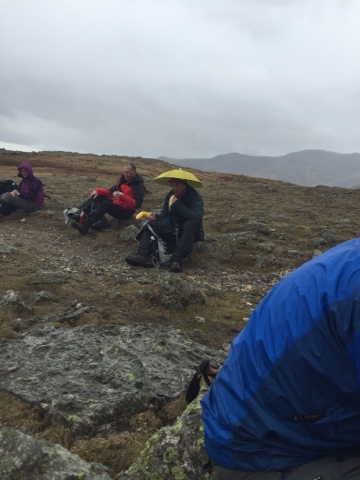 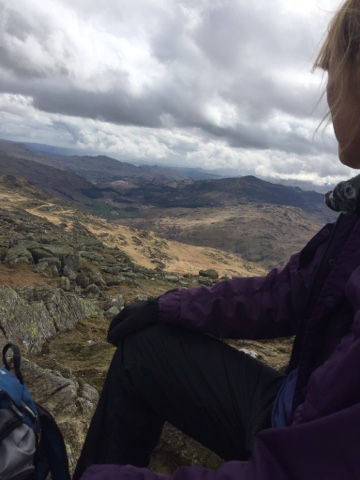 Then the group (or some of them!) enjoyed descending the Bad Step and set off towards Cold Pike. 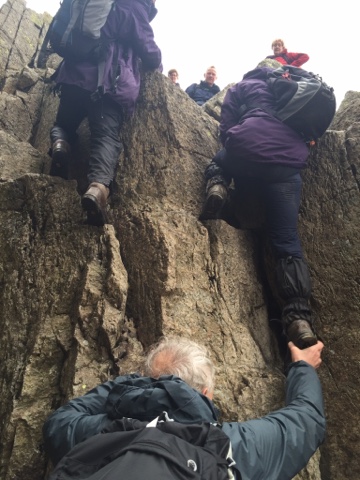 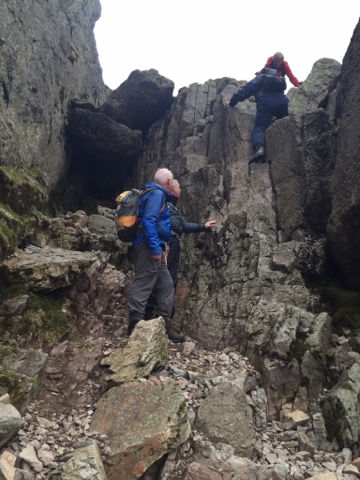 Time was moving on and the party branched off down Gaitscale Gill without finding a path then walked along the bottom of Wrynose to arrive back at the cars having enjoyed a good training day for the imminent Ratagan trip.”
Many thanks Humph – a great day!