Skip to Main Content
Six club members, including a new member who was rejoining after a significant absence (welcome back Marie),  set off on the Thursday walk in poor weather conditions. 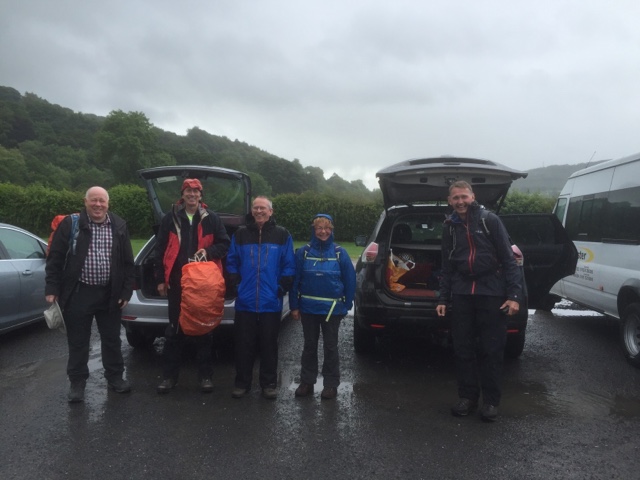 The plan was to complete a circuit, which included parts of the Nidderdale Way and a designer detour masterminded by our coordinator, Ian,

starting and finishing in Pateley Bridge.
Waterproofs on, the group managed to leave Pateley Bridge on the correct path and greeted the random Llamas on the way out. 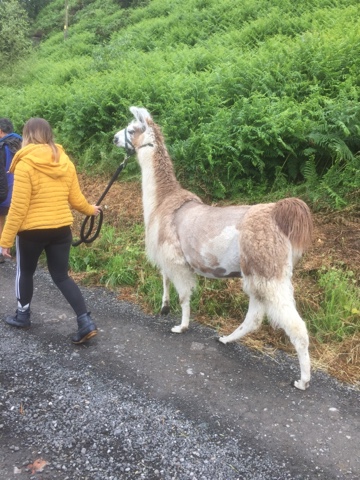 The weather moderated quite soon and gradually waterproofs were dispatched and the temperature rose. By the time the Brimham Rocks cafe lunch stop was reached, the priority for one of the group was not coffee but ice cream! Undeterred by the last shower of the day, the group happily foreshortened their lunch stop for an impromptu guided tour of the Brimham Rocks’ main attractions from Andy and his dog, (National Trust volunteer). The exclusive whistle stop tour accommodated the group, who needed to be on their way long before the official tour began. The group became acquainted with some of the main attractions. Very interesting, and totally unexpected! 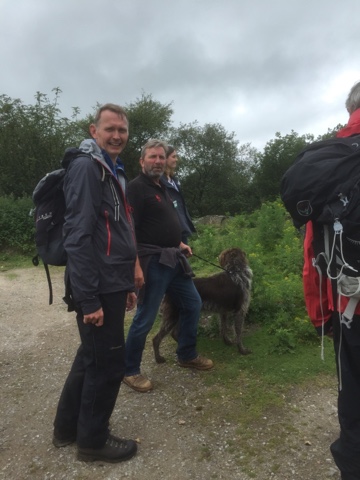 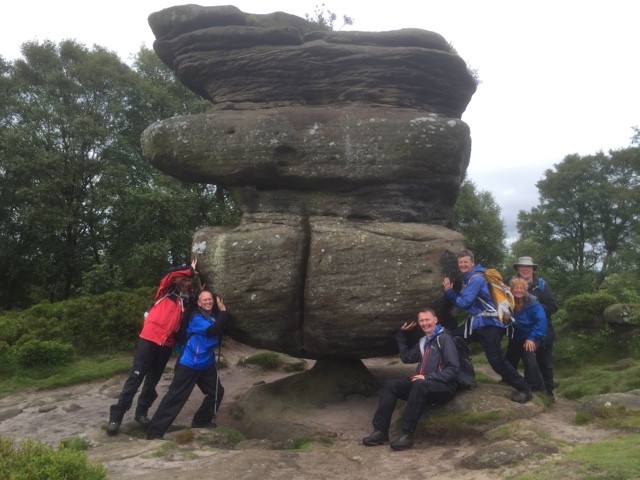 After the unscheduled tour, the walk continued with some excellent path finding from our coordinator. A brief walk along the River Nidd, then a climb back through the fields towards our way marker, the radio mast led us to the last high point of the walk, High Crag. 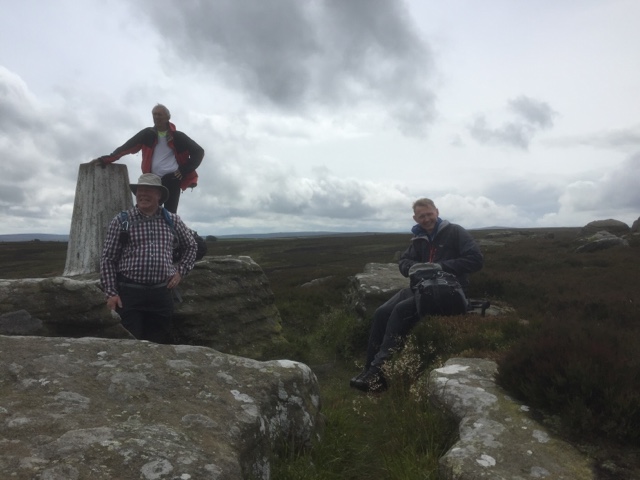 After another brief refreshment stop, the group made its way back down the Nidderdale Way to Pately Bridge, this time in hazy sunshine. On the way there was time to pose alongside Yorkes’s Folly, the Two Stoops, before completing the descent to Pateley Bridge. 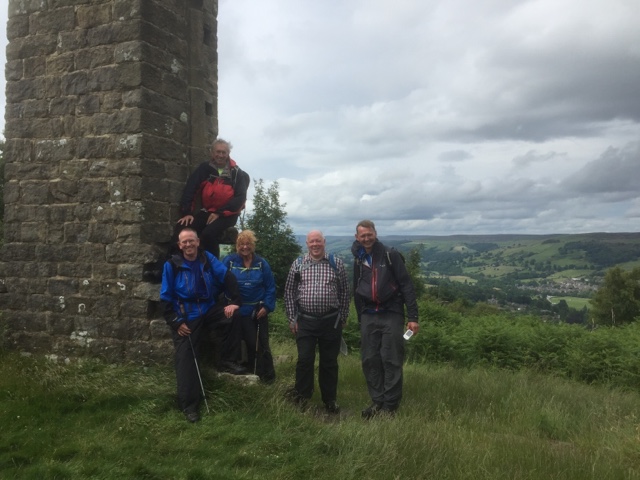 An excellent day’s walk concluded back at the car park.

Thank you Ian for an interesting and different days walking, about 11 miles with 2000 feet of ascent, enough to stretch the legs and make the decision to brave the weather thoroughly justified.